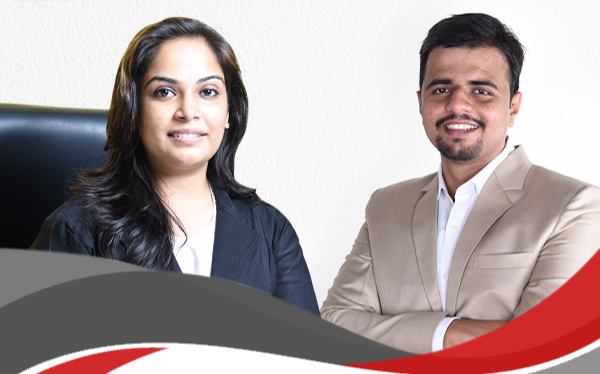 “Very few startups have clarity on what are they building, who their customers are and what do they want – this is one of those startups. I gave my confirmation within 30 mins to Darshan. There is a plethora of things that can be built in this segment and this team fits well to work towards that. All the best to NewsReach team. Good to see they made Ahmedabad their base, this will boost new-age tech startup ecosystem in Gujarat”  Shashvat Nakrani Said.

Few days back NewsReach Raised  Funding of $300,000 in a seed funding round led by existing investor from JITO Angel Network in participation with ShuruUp Ventures and FAAD Network.

A consortium of angel investors like Ajeet Singh B Khurana, Siddharth Ladsariya, Gopinath Latpate, Sharan Pawan Aggarwal, and Shankha Bannerjee also took part in this funding round.NewsReach said it will use the funding for tech innovation, hiring new talents and expansion into multiple states.

“JITO Angel Network is a strong believer in helping rural and semi-urban parts of India go digital. With its investment in NewsReach, it furthermore strengthens its hold in the publishing and media sector. We believe that the strong founding team backing the company has the zeal and skill sets to empower small and medium-sized publishers and give them an opportunity to scale.”

NewsReach Founded in 2018 by Darshan Shah and Soniya Kundnani, NewsReach is creating a news ecosystem 2.0 of original and hyper-local content by empowering the offline local news publishers and reporters to go online.

It aims to digitise, facilitate, and provide a single platform SaaS and marketplace for the news media landscape.

“We are fortunate to be oversubscribed in this round and have secured the funding required for technology building and expansion. NewsReach is innovating the way content is handled in the traditional news ecosystem. With a proprietary developed content marketplace and online publication system for publishers in a DIY SaaS model, we are democratizing the way news media operated for decades,” said Soniya Kundnani.

Merrill Brown, renowned journalist and Founder of The News Project (US), who is currently serving as the Advisor at NewsReach said,

“The timing and development of new news ecosystems might vary in how they roll out region to region.  One thing is certain no matter what the market. The digital revolution especially in local news is creating new and exciting opportunities to serve communities. And NewsReach, based in India, and The News Project, headquartered in the US, are well-positioned worldwide to serve new players.”

Paytm board grants in-principle approval for around Rs 22,000 crore IPO.