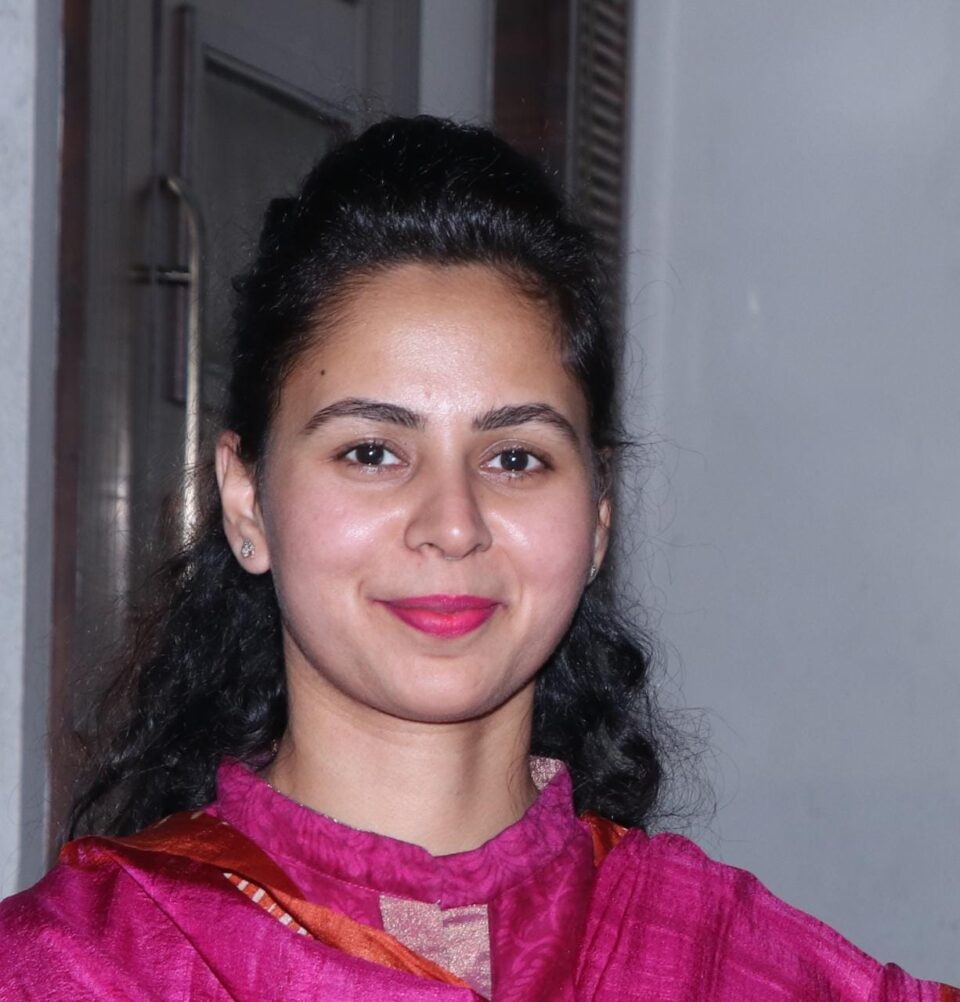 This time in our segment “Young Politician”, we are introducing very young and energetic youth leader “Neha Bagga”, She is State Spokesperson In BJP.

She has done Bachelors degree In Mass communication. In her Professional career, she worked with various Media houses in M.P./C.G.

She started her Political career with Aam Aadmi Party as Media head of Madhya Pradesh in 2012 . She held important positions for Delhi elections in 2013 & 2015, and also worked as Media coordinator in Punjab election 2017 with Mr. Aravind Kejariwal.

She joined BJP in 2018 and represented the Party in various Social and cultural platforms across India like UNICEF (M.P), Child Rights observatory (M.P), Nation security “A vision”  (New Delhi ) and many other. Now she is holding the position as State Spokesperson since 15 August 2021 in Bhartiya Janta Party.

When we asked why she has joined politics, she said –

Big Reforms take place with both Social Movements and Political Will. I was a part of Social Movement, Anna Andolan in year 2010 and soon after, joined political party.

Politics was always considered as a last choice when we talked about our Career. I remember vividly when I was a child, I never met anybody around who had a believe in Political Career. And behind this ideology a large set of society felt that political career is something which is not everyone’s cup of tea. 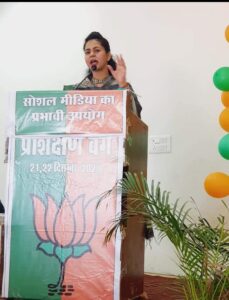 If one already came from a Political Background, things might have been easy as it provides one with a launching platform. Indian politics after our independence was more of a Hereditary affair where generations of one family occupied the post. But with tremendous effort and time Bhartiya Janta Party has come forward and provided a platform for young, talented common people where every individual is welcomed, innovations are accepted and experiences are implemented.

Bhartiya Janta Party always gives utmost importance to members who have risen from the Organisational Route, which help the flagship programmes of the government reach the socially and financially weaker sections effectively.

On my path of politicial journey I’ve had great understanding of our Constitutional values which encouraged me in working for the greater good of the nation. The job of us as a politician is to bring a positive change for our generations to come while keeping our culture and traditions alive. I highly believe in the same.

Dikazo – Makes a Smashing Entry into the Ecommerce Industry.

Digital Marketing helps to achieve digital footprint in the market and boost the business.-“Sunil Kumar Kodaru”